A while ago I wrote a post titled “Nothing you say matters if people can’t understand you.” Recently, we were talking with a group of parents and I was reminded of how easily those in education jump at acronyms and often this leaves those to whom you are speaking simply in the dark. So this post is a reflection on all the acronyms we use and a reminder to just speak plainly with no jargon when talking to parents or others who don’t live in our daily world.  All that education jargon doesn’t help convey the meaning of the real message.

We had a good DPAC meeting last week where we presented on the BCedPlan. After the meeting I met a couple of ABA parents who had questions. I reminded them that in November, there is a joint BCSTA, BCSSA, BCASBO, BCPVPA, FNESC, MoE, and BCCPAC pro-d meeting. I don’t think that the ABCDE are co-sponsors of the event but I believe the event will also be the BCSSA’s AGM.

BCPSEA and the BCTF both commented recently on the LIF monies districts have received from the MoE. Many districts will hire ESL support, LST’s,  OW’s, ICSSW’s, EA’s or SEA’s and we make sure that the focus is on students with an IEP, some who may need an SLP or OT. In our district, we met with CUPE and the STA to debrief the process.  With LIF, we think our SER will be down.

September was the end of student enrolment for funding. Likely some will be talking of the recent comments by FISA about enrolment. Speaking of enrolment and FISA, FTE versus HC is always critical in September. We need to make sure there is no GAAP as we head to spring and the time for FSA. We were watching the number of IDS courses but not so concerned about CAPP.

At our recent NID, teachers had Pro-D events on Web 2.0 technologies supported, of course, by PLN. There were no workshops on BCeSIS. There was, however, a workshop on EBS. Another workshop that would be helpful is for educators to understand FOIPPA and all the info that is held by a PEN. Perhaps if we did that on a NID, it wouldn’t require as may TOC’s. 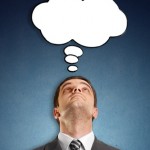 Ok, enough. All of the above tongue in cheek of course.

So the next time you are talking to a parent, a community member, or even an educator from another jurisdiction please remember that acronyms that fall so easily off of our tongues do not mean anything to those who aren’t “in the system.” If want people to truly understand what we say, we need to take the time to communicate the full message.

After all, DBA can come as easily as ABC if you don’t watch your P’s and Q’s.