Have you ever sat back in meetings or times of collaboration and watched unintended silencing unfold? Sometimes without any intent, the very sequence of talking and the roles/positions people hold can have powerful effect on how a conversation unfolds around a table. This blog urges those in positions of power to think carefully about the impact of silencing and about where and when to place your voice in times of collaboration.

I took part in a great activity this week. We pulled in a group of administrators and teachers for two days trying to get clarity between and among our district practices of Collaborative Inquiry, Assessment, Social and Emotional Learning and Differentiated Instruction. It was a great session and in the end reaffirmed how strongly we all felt about the importance of empowering teachers through time to collaborate with the overarching purpose of improving student learning. In our culminating activity, we were forced to choose one proposition for action. At our table, we had two finalists from our sorted list. Everyone tossed their pen onto the pile that they were voting for. As I threw my pen into the minority pile, people laughed about where I voted and joked about moving their votes to align with mine. It was a joke. I was amongst colleagues and peers. I wanted to be viewed an equal but I am acutely aware in the hierarchy of order, my voice is not equal.

I have often shown this FedEx commercial in presentations both as a joke but also one with an important point. When you are the person who has power of authority, you have to be so cautious about where and when you place your voice in a conversation. Leadership is needed. People want a summary, they want a clear direction out of collaboration but speaking early, speaking decisively can do more to kill a conversation than it can to continue it.

Daniel Wilson was at the BCSSA conference recently speaking of powerful collaboration. He showed research that spoke to how strong teams and weak teams perform in times of stress and uncertainty. I very much liked his summary framework of information, meaning-making, and action and thought it a good framework for how any person in a position of authority enters a conversation which is intended to be collaborative. If you are in a position of authority, whether that be principal or district staff and you find yourself in a conversation that you wish to be collaborative, then construct any input you offer in a way to build upon the conversation rather than draw it to a close. Wilson found that “the use of connected and cognitively open language” was a key determinant of high performing teams. He also found that in a truly collaborative conversation, leadership flowed within the group.

To go back to the beginning, I very often watch people who are good leaders. They are knowledgeable and supportive people. Sometimes when meetings begin or group conversations start, people look to those in authority 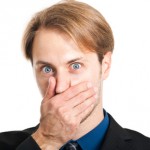 to “kick it off.” The very manner in which things are initiated, whether the tone is set to be open or closed has almost everything to do with the language you use. Wilson reminds us of the importance of keeping questions open and to be cautious of being declarative which can quickly close a collaborative session thus making it less effective.

Those in authority play critical roles. They are ultimately responsible for decisions that are made. If you want to truly collaborate and to make your decisions the most effective, then rely on your skilled collaborative efforts in getting the most out of group time. Keep questions open, ask for clarification, create space for people to contribute, watch for those who may silence others and re-open the conversation. Then, when the time is right, allow for summary and action for next steps. So the next time you are either in a meeting or are the one ultimately responsible for the outcome of a meeting, try talking a little less, carefully choose you spots and consider yourself a facilitator of strong process rather than a key contributor to the outcome.

If you really want collaboration and group input, you may learn way more about an organization’s structures by going last in a conversation rather than first and in the end, it gives you an opportunity to reaffirm and support the important role that all those in an organization play.