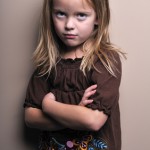 Ever get in a battle with a 4 year old and you reach a point (very quickly) where you realize you’ve lost? That realization normally comes when you’ve taken a stance that you realize you can’t possibly uphold. The mind starts to spin with “how am I going to get out of this?” What about teenagers where you may say “you do that one more time and I’ll….” – you’ll what? In my role, I spend a lot of time helping people through tough situations. When things are at their breaking point, they sometimes head this way. In so many cases, I am reminded of how important it is to find ways to de-escalate a situation before it gets to the point of no return. Sometimes the road back is a lot longer than the road to get there. Here are some thoughts on strategies to avoid or de-escalate conflict in the public arena.

1)      Pick the hill on which to die. I won’t put listening as the first skill and advice as it truly is but…as you listen to situations, as you weigh core values, processes, the overall situation, you need to decide what your eventual stance will entail. As you weigh things, you have to decide if this is the hill on which you wish to die. This really is important as often people think that conflict is about power when it really isn’t. Conflict is about differing views, process, negotiation, compromise. It is hard work and it requires that each side normally must give something to the process. If your starting point is “I’m right” and they just need to know why I’m right…you are in for a long day. Picking the hill is about weighing core values. If the conflict is about a clash of core values and not process or procedure, as you begin you need to carefully think about how far you are willing to go to seek resolution. Values-based conflicts are among the most difficult to resolve.

2)      Enter the situation prepared to lose. Dealing with conflict certainly isn’t about winning or losing but often I feel that it can go that way for one side or the other. If you enter a situation prepared to realize that you or the institution may be wrong, then it’s a good starting point. Feeling that you come from a place of power, that people simply don’t understand the complexity of the situation and you need to help them understand is normally not a good starting place. If you aren’t willing to believe that you or the organization may not have got it right, then you really aren’t open to the possibility that they have a legitimate concern that you need to hear. 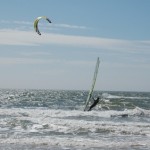 4)     Don’t reaffirm things you don’t agree with. Sometimes, when I watch people listen to tough situations, they nod their head, they smile and they reaffirm the speaker to let them know that they are listening. Just a word of caution in that sometimes, people are telling you things that are not positive about your employees and they may not be accurately representing the scenario in its full context.  A nod, a smile and “yes” that you may have intended to be reaffirming that you are indeed listening can be taken as agreement that the employee has done the wrong thing or behaved inappropriately. As stated above, don’t counter and absolutely listen with interest but don’t lead people to believe that if they tell you someone did something inappropriate, that you agree with that. What you are affirming is that you understand, not that you agree. What you want to avoid is, for example, the potential for a parent dissatisfied with a principal’s decision going back to the principal and saying that they’ve met with district staff and the district agreed that the principal was wrong.

5)     Seek resolution that honours people’s concerns. Each side will have a point. Each side probably feels strongly about the role they played. Your job, in seeking resolution is to find an outcome where people know, most importantly, that you listened, you were fair, and you gave full weight to their concerns.

6)      Seek help when needed. No one knows it all. As you listen, as you form a resolution find a trusted colleague to bounce it off of. If you are unsure at all, seek help. This is the best thing you can do and as a colleague, there is actually a great feeling to have someone come and ask “what do you think about this” knowing that you get to give your unbridled feedback and then let them lead the way. People love to offer advice. It is valued. It is valuable. It honours others and makes you better. So want to know if you’ve got it right – just ask someone. Great colleagues are all around you.

7)      Delivery is everything. Facebook has a “Like” button but have you ever looked for the “Unlike” button? You get one shot at making an impression on people where they feel that they have been dealt with fairly or not. When you have a resolution or a decision, themanner in which you deliver it is of utmost importance. Your outcome should reflect that you heard what people had to say, you weighed the consequences, processes, and you’ve made a call. Deliver with care. Deliver as if you were the recipient.

8)      Make a call and act as if there is no higher level. – The worst outcome is no outcome. People come to you looking for help. A delay or a pushing up or off to another level really isn’t help at all. As a 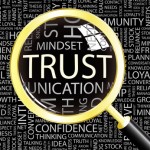 leader, you were hired to make a decision in a transparent and fair manner. You should be comfortable making a decision and standing behind it. Don’t suggest that it’s the best you can do and if they don’t like it they can appeal a higher level. There may be a time for that when you’ve done all you possibly can do but, you should act as if you are the highest level and you want an outcome that is final with people leaving feeling that they were dealt with fairly.

9)      The gut test, the front page test, the mom test. In homage to Rushworth Kidder, when you serve in the public, you need to be comfortable with whatever you’re doing being on the front page of the local paper. No one wants a headline that puts the district in bad light, but if you feel that the headline will be bad (“School Board Denies Education to Homeless Child”) then the situation probably requires a bunch more work. Not because you are afraid of the media – but because what is happening probably really isn’t the best you can do. If it doesn’t “feel” right, if it isn’t something you would be comfortable sharing with your mom as an example of good work, then it probably is a situation that requires more work. So when you make your final call, give it the test and see how it holds.

One of the great joys of working in service of the public is that you get to help people. Every day you can make a difference in people’s lives. Inserting yourself to help in situations of conflict can be rewarding and yet it can be tough as well. People call on you because they need your skill and expertise. They called because they want you to help. Hopefully, the above offer some points of reflection on how to wade through tough times.

So the next time someone comes to you with a problem. Listen with interest, clarify for them to show that you understand, seek a resolution that is honouring and test your result with a colleague. If it’s really tricky, ask yourself the mom test. Would she be proud of your work?

Finally, often I hear that people need a resolution today/now – or they’re going to the media or government or lawyers or elsewhere. Rarely is it true that an immediate resolution is required. They might want a resolution today but it isn’t essential. Seeking a quick resolution is often also seeking a bad resolution process-wise.  My experience has taught me that in the vast majority of situations, you always have more time than you think you do. Take the time you need get it right. Spending time to get it right may be the most important thing you do as you work to a successful outcome. In the end, people will appreciate the time and care that you did invest in addressing their concern.

So the next time you see a toddler in a tantrum, watch a teenager up the ante when a parent doesn’t want them to do something, or you see two adults moving up the anger mountain, look for the strategies at play. Likely, with some of the above suggestions, you too can have success with the next opportunity to test your skills. 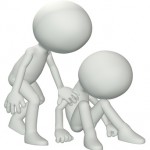