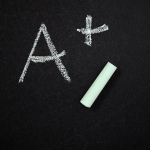 I’m in the south east of the United States, the heart of Civil War country and, in fact, in the locations of some of the most famous battles in history. The woods surrounding the schools were undoubtedly places where soldiers fought and died. I leaned over the student’s shoulder in the midst of his studies on the Civil War. I asked him if he could show me his teacher’s feedback on his work and his current marks. He opened his electronic folder of social studies on his laptop and there was a list of assignments and teacher comments/marks. Beside one of the assignments – it said 100%. I asked him what that meant – “well I handed that in on time” he said. There was a long list of 100%’s beside each of the assignments and there was not a single teacher comment. Parents would be pleased no doubt, because this was an “A” student. What they would know about his learning on such a massive and important topic I’m not sure.

Wanting to probe deeper, I asked him about the civil war. He listed a bunch of facts, key figures but what I didn’t hear was the “why” behind some of the comments and an internalization of the core struggles that were being fought. Knowing time was short and wanting to probe more, I asked him what he would do if a classmate came to school wearing a Confederate flag. In the midst of the south, in a classroom where at least half of the students were black, this must mean something. The blank stare spoke volumes. He didn’t understand my question. I probed some more but we quickly had to leave so I left the conversation unfinished.

I have no doubt that when the student’s report card goes home parents will be pleased. He’ll get a high percentage average (because he hands his work in on time) and he will get an A. Life is good and balance in the universe is complete. Parents likely will not engage in a single conversation about the civil war at home and they will believe their son is doing exemplary work in school. Why? Because his report card says so.

This story strikes at the centre of what we are trying to address in our district with changes to the ways in which we communicate with parents about student learning. In a storm of media attention both local and national, the focus has been almost entirely about whether or not we will be providing letter grades to our elementary students. In the above example where I visited, parents are well connected, up to date, but in the several examples I looked at with many students, there were very few, if any, descriptors of what the children were actually learning, but there sure were lots of percentages and letter grades communicated regularly to parents.

What does a “C+” mean exactly? In British Columbia, it officially means that the student demonstrates “good” performance relative to the expected learning outcomes for the course, subject or grade. This is defined in 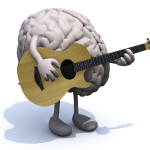 legislation. However, I guarantee you that for a huge portion of the population, their child coming home with all C+’s on their report card won’t be seen as “good” – instead it will be seen as a mild crisis. Why? That why is often rooted in a deep concern for entrance into post-secondary institutions. Achievement levels of all C+’s are not going to get you far and they certainly aren’t “good” on any application to major universities. A quick look at this UBC chart shows that in Arts or in Science in general – your application will not make the grade (pun intended) unless you have at least a B+ average. In BC, that means an average in the range of 80% in courses.  These cut offs are largely a business model supply and demand issue. Universities have more demand than they have seats so they need a way to limit enrolment and marks are a simple gatekeeper as we all know so well.

Our initiative is targeted in elementary schools but parent and media responses quickly show the fear about secondary and post-secondary. If we don’t have letter grades, how will we know if our children will get into university? How will we know how our child is doing? How does my son stack up against his peers? How do we know our teachers are doing a good job? Who is holding the system accountable?

In Surrey, our answer to the questions above is that learning is extremely difficult to break into a nice little package called a letter grade. We feel that the letter grade does not communicate a full picture of learning to parents and students. In BC, we have performance standards. If you want to know how teachers really evaluate reading in any particular grade, look here, it shows the complexity involved in any one grade in any one topic. What we are trying to do is to communicate better descriptors of learning home to parents in a more frequent way rather than the once every 4 month “B” that comes home in any subject. We want students to know their strengths, their needs and how we can support them.

We also need to communicate to the public the differences between “assessment” which informs the learning process, and “evaluation” where we summarize those assessments into general comments, a scale or yes, sometimes a letter grade and even percentage in secondary, and “reporting” where we send home formal and informal reports. In the public debate these quite different topics all get rolled into one and this in itself devalues the complex processes of learning, achievement, and communication.

I know at least two things about report cards. First, as a secondary principal, we had to often pack up and mail home the hundreds upon hundreds of report cards that were not taken home by students and where parents didn’t come to pick them up after weeks of waiting. Second, whether we choose to acknowledge it or not, during the teacher job action where report cards did not go home at all for a long period of time, there was not a revolution from parents that some expected. I can only speculate as to why and my personal speculation is that teachers did a good job of being available for parents and in communicating home about learning. I would suggest that the absence of a public outcry over a lack of report cards spoke volumes to us as a province about how parents actually feel about report cards and their effectiveness. What parents want is effective communication with teachers.

We can extend our thanks to Harvard for letter grades which began in the 1880’s. This is a massive topic that strikes at the heart of our core values. Letter grades have a deeply rooted history which not only reflects the achievement of our students, but the very effectiveness of our educational systems and preparations for students as we look to their contributing to a prosperous and democratic society. It is no surprise that the debate over letter grades quickly shows deep divisions and strong beliefs. The debate also will not go away any time soon.

This is a topic that has multiple layers. If you want to explore one other fascinating aspect of the topic, google “grade inflation.” If you want to look at whether or not letter grades actually provide any incentive to learning at all, then go ahead, look at the research on motivation and you’ll find piles of research. A fascinating glimpse into what actually motivates us can be found in Daniel Pink’s RSA Animate video. 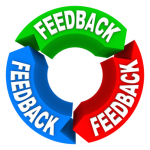 Perhaps the easiest way to cut to the chase is to say that if three times a year your boss gave you an email with a couple of lines of encouragement and a “B” – would this motivate you to work harder? Would it improve the relationship between you and your organization? If we want students to be engaged, to feel that they belong, to strive to do better, do we actually believe letter grades do this? For some students, the answer is a clear yes, but for many not only are letter grades unmotivating, they actually decrease drive and performance.
In Surrey, we have started a journey, rooted in our elementary schools, to improve communication home with parents. We want parents to have clear descriptions of where their children are in their learning.  We want to describe strengths and ways that both the home and school can support a student’s learning. Effective communication is at the heart of what we wish to do. We want to support students and to encourage their learning, we want parents to be informed regularly. We do not feel that the “event” that we call report cards do a very good job of actually informing parents about their child’s progress. We fully recognize that in secondary schools, and particularly in the years of the graduation program (grades 10, 11 and 12) that evaluation, letter grades and reporting play a significant role in determining a child’s future possibilities due to the structures that have been set up to use those measures as gates to access post secondary and other career possibilities. We are not talking at all about the graduation program as we recognize that is a whole different ball game.

This has been a hot topic and for this I am happy. Any time that education is on the front page of papers and in the news, it shows that people care. Our public education institutions are entrusted with society’s children and our future. What could be more important? We welcome the debate about learning and as we do, we will continue to inform people about the complexity of the process and hopefully help people understand that, to us, it just isn’t as simple as an A or B. The best way to understand learning is to ask your teacher. They know best where your child is and what their own personal learning journey looks like. They have devoted their careers to learning and welcome the chance to talk about it.