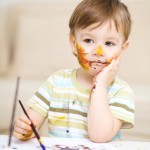 Nothing like a good professional development day to leave one thinking “well that was interesting.”  That’s what happened to me yesterday at our BC Provincial Specialists Day where I attended a couple of events. Most specifically I attended a session by Surrey School Psychologists who hosted Steven Shaw from the Child Psychology department at McGill University. An engaging speaker, he made a statement that left me thinking through the day and into the night. He stated that, in most classrooms, the level of “academic engagement” is about 20-25% and it should be more like 35% but the move to take it to that level required a major shift for teachers. He talked about all the down time we have in a day from tranitions to moving to lunch and on. Overall, his commens made me think – well exactly what do we mean by “student engagement”, what does the research say about optimal levels and where are we now? Let the Google games begin.

Over my morning coffee, I started looking. To no surprise, the first thing I found was that people are in no agreement whatsoever as to what we mean by student engagement. There is a logical suggestion that student engagement and student learning are two completely different beasts. I agree with both suggestions but my reading just made me want more. JD Willms (2008) published a paper for OECD on student engagement and it begins with a definition and talks about the links between engagement and academic success. However in his key findings, Willms states:

Any claims about the prevalence of youths who are disaffected depend on how the construct is defined and measured and on where the critical cut-point is set for determining who is at risk and who is not (Willms, 2002a). It could be argued that the definitions used in this report lead to rather liberal estimates of the prevalence of disaffected youths. However, they may also be too conservative.

The lack of certainty continues. Leah Taylor and Jim Parsons published a nice paper for Alberta in which 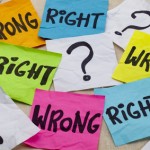 they quote Harris (2008) as saying that “The concept of student engagement must be explicitly defined within academic research and government documents to avoid misunderstandings and misinterpretations (p. 75). She adds that, until we clarify and communicate what student engagement means, we chance “it will fail to be taken seriously by many professional educators” (p. 75).

Then I thought about good old Finland. Surely they have the answer. I found a paper by Sahlberg on engagement where he took a critical look at their education results. He also is cautious about the differences between engagement and learning where he says in one section “In the 2009 ICCS, Finnish 8th grade students scored the highest average score in civic knowledge along with their Danish peers….Paradoxically, this study also found that Finnish youth feel the least engaged in politics and civic issues in their everyday lives.”

By the time my morning coffee ends, I have a blog but I have more questions than answers which is a good thing. I want our students engaged, but I want not only academic engagement, but social engagement, and civic engagement. As usual, I want the world when I’m offered a chance to dream.

I thank our Psychologists for bringing in Steven Shaw. For the short time I was there he caused me to re-think what I know about student engagement, the preconceptions I have and to tap into the experts around us as there are many. From this blog, I provide a couple of resources and hope to open the door to more thinking about just what we know about engagement, how it is different from learning, and as we seek to improve engagement – to consider what is our goal at the end of the day.

Mostly, thanks to Steven Shaw for a great session. No matter what, it was certainlly engaging for me.