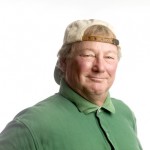 I worked in a school that had a rule: No Hats. It was just “the way things are done around here“. In my time in the school, no issue was more hotly debated and more emotional than the discussion about whether or not students should be permitted to wear hats at any time. It was about respect, it was about tradition. The power of this cultural norm was never more apparent to me when, one day, a new staff member arrived to the pro-d day, waltzed in, grabbed his coffee and sat down proudly wearing his red tattered baseball cap proudly backwards on his head. You could have cut the air with a knife.

Peter Drucker’s famous quote about the power of culture is simple, clear and correct. Recently when someone used it at a meeting I attended, it also struck me that if someone has a strategy that doesn’t include dealing with culture, then they are seriously misunderstanding what leadership is and how essential it is to always have culture as the core part of your strategy.

For about a year I worked at the district level asking the question to our senior managers “how can the district do the best job of serving schools?” In the end, the overall themes that emerged have proven to me to be timeless in any organizatation. The themes were:

Communication – communicate effectively, in a timely manner, give background information, and don’t have multiple people in the Board Office send the same or similar URGENT memo to schools and expect them to all jump. The often used quote “a lack of organization on your part does not constitute an emergency on my part” comes to mind. Nothing lands worse than the bullet from upon high saying I need this and I need it now. Communication requires planning and communication requires consciously thinking about how things land in the field.

Collaboration – people need time to connect, to get to know each other, and to be part of the process. Consider the above common email issue that happens when urgent messages come from the district to schools. Simple planning, giving the schools a heads up and rationale can go a long way to soften urgent time sensitive messages. Use the structures you have to collaborate so people know that you care and that they are part of the plan. Think of how one or two simple phone calls to key leaders in the field can help soften such an urgent email. A few moments to give a rationale and talk about the need allows the word to spread a little more effectively when talk starts in the field about why things are done.

Obstacles – those higher up in the hierarchy of things should constantly be thinking of what you can do to remove obstacles to work getting done. Sometimes when you’re looking for the enemy you only need to hold up a mirror. Often districts set up routines and rules that not only don’t make sense, they actually halt processes rather than support them. Policies created a decade ago that don’t reflect current reality but simply have become “the way we do things around here” can often be part of the problem. You need to constantly review practices, policies and procedures and ask your self if they really help. Good policy is essential, and conversly, bad policy is useless and will only end up in people doing work-arounds to actually get anything done.

These three themes could emerge in the culture of any large operation when it looks at how to work more effectively together. Classroom teachers may say we just want effective, timely and respectful communication, time to collaborate, and the autonomy to do good work. Does this sound familiar to anyone? It’s the same themes in a different context.

I spend most of my time considering and working at culture. I found a blog  by John Bernard which had the following acronym to describe culture – STAR. This acronym described culture as the Stories, Taboos, Artifacts and Rituals of an organization and it really made sense to me. I also found a good description in this paper which added ceremonies and I agree that they form an important part. 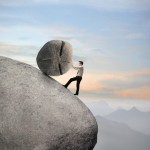 Whatever your strategy for moving an organization forward, I agree with Drucker and it isn’t as much culture eats strategy but that if your strategy doessn’t include culture you aren’t going far. In fact, you may actually go backwards as just another leadership initiative that went nowhere.

The room quietened as the young staff member arrived (slightly late) to the session for all staff, grabbed his coffee and took his seat with his red ball cap on backwards. I was standing at the front presenting at the time, just doing welcomes. What was most interesting to me was that for all our conversations about hats in our school and what an important part of the culture it was for staff, for all the passionate stand and deliver speeches I heard about tradition, integrity and the importance of our no hat rule, not one single staff member asked him to remove his hat. Instead…everyone kind of looked up at me as if to say “Well, Jordan – what are you going to do about that?” I could see that those on both sides of the argument were watching with great interest.

As I normally try to do, in some kind of light, joking way I managed to ask him to remove his cap. He did so most willingly. But this episode reminds me of the power of culture, traditions and norms in a building. In its own way, that small red cap would have been the artifact to dominate the day if it wasn’t dealt with in the moment. Writing about it makes it sound so trivial but I can tell you that in the moment and 100 people looking on – our norms, beliefs, traditions and values were all being challenged and everyone knew it. Not only that, his reputation and relationship with many staff members was being shaken just by the act and, to this day, I don’t know if it was a simple oversight or a purposeful shot at some of his collegues. My careful strategy for the pro-d day was indeed being eaten for breakfast by a simple red cap.

Everything you do unfolds as part of the culture. Every person in the building plays a role in the culture of a building as culture is all about how we relate to each other on a daily basis. What you do today may become part of tradition tomorrow. 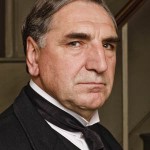 The wonderful series Downton Abbey is rife with great material for leadership, culture and traditions. Mr. Carson is among my most favourite characters as he staunchly clings to tradition and standards while watching the world change around him. As a study in tradition and cultural norms, the series is a gem. For the Crawleys and the Granthams, culture and tradition not only are their way of being, they are the actual strategy to secure their future. We’ll all watch with great interest how the future unfolds for Downton because one of the central struggles is, of course, that their personal strategy to maintain their own traditions are being eaten for breakfast by the changes in culture around them. As this great exchange between Shirley MacLaine and Maggie Smith shows:

Martha Levinson (MacLaine): “Yes we do, we just don’t give it power over us. Maybe you should think about letting go of its hand.”

If Shirley MacLaine was watching closely, she may have seen that Maggie Smith was indeed right, but the outcome is certainly one she won’t expect and it will challenge Downton to its core. We’ll all watch with interest.