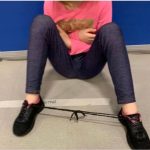 It was one of those tweets that gets people going. The comments started to fly as people’s outrage grew. From mild disgust to outright condemnation, it was a small but very heated response. The tweet contained a picture of a young girl with her shoelaces tied together. The comments were from someone, assumed to be a teacher, mocking the girl and openly describing the humiliation that the adult put her through in front of the class as a result of her actions. The post was to show the world how important it is to consequence students.

I read the replies and responses, people were largely outraged not only for the harm caused to the child, but for the damage done to the teaching profession by someone tweeting out how proud they were to punish and humiliate this child. Noticeably absent, however, was any suggestion of action. Everyone on the thread was aware, everyone was engaged, but no one was moving to actually try to do something other than suggest that the post should be taken down.

The situation reminded me of how many times in my career I have thought about what does it take to make the leap from knowing to doing? How many times have we heard things in workplaces, restaurants, malls, that made us think that we would actually step in and take action? But taking action 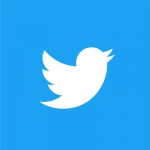 comes with risk. Not always, but very often, to step in, to take action means that you open yourself to vulnerability. You are now declaring that you’re going to be responsible to actually do something. With this declaration comes the chance for criticism or even conflict.

Everyone will have their own little internal barometer that helps guide them. Call it a moral compass if you will, but that barometer can be your own guide to action as you weigh the risks and rewards of stepping in. To keep it in the workplace as an example, when you hear people criticising someone or some plan, do you ask them what they intend to do about it? Over the years, I have heard many middle managers critical of being caught, receiving mixed signals, searching for clarity however, I rarely hear those people saying what they then did to seek clarity, to confront the ambiguity and to take action to resolve their dilemma. 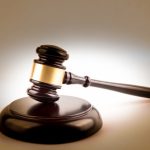 Asking questions can be a beautiful bridge toward taking action. The questions you ask can help you determine the risk of getting involved and the level of engagement you choose to pursue. Your questions not only can help you, they help the organization to communicate effectively. Your colleagues, your friends, your team mates need your voice and questions to help them be certain of the topic at hand.

Ronald Heifetz says “leadership is a dangerous business” but once you know something, you cannot un-know it. If it bothers you, if you feel it needs action, then consider even starting with a question as a way to engage, monitor and begin to act. Social responsibility at its core is about engagement in a community however large or small you define that. Your level of informal responsibility defines you as a leader and the way in which you engage demonstrates your care, insight, learning and openness. That engagement begins with knowing your own internal moral compass and what you choose to accept and ignore or to engage and consider.

As I reflected upon the tweet, I personally did not respond. In my role, for me to step in on the conversation would start a whole new thread about admin and accountability. I didn’t want to distract 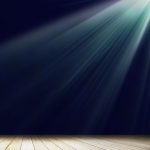 from what I was seeing but I still felt that something should be done about this thread. I messaged a colleague who was participating and I asked him, “is this tweet a demonstration of misconduct or is it an opportunity to show how a profession can hold itself accountable for actions that do not define what we know about teachers?” “Good question” he said, and then he started going through the threads to find out what he could do to make it right.

That’s leadership and that’s who I know him to be. From awareness, to engagement, to taking responsibility to uphold an honourable profession that works in the best interest of all students. I am thankful we have people like him in our midst and among our colleagues. As for the tweeter, I sure hope that a small intervention can make a big difference.

We are born ready to listen, not speak

Groupthink and the cautions of quick consensus