I had the privilege this week to emcee the Wayne Houston Memorial Speech Meet in Surrey. On stage with thirteen teenagers, I got to listen to their short and powerful speeches. So often we hear about teens but to rarely do we pause to hear from them. What I heard on stage was person after person sending messages that they care about the earth, their community, each other, and the future. They are deeply connected through social media, they are proud of their diverse heritage. They are smart, articulate and they don’t pull any punches when they tell adults just what they see. In honour of their speeches, I asked one young man if I may share his speech to  give people a taste of what today’s youth think and feel. It’s just one example, but it was typical of the types of things we heard on that night. The post below is from one of the junior competitors, Amolak Singh from Semiahmoo Secondary. I thank Amolak and his family for allowing me to share his story. 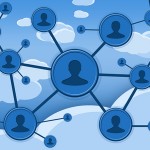 Hello, my name is Amolak Singh.  I am 15 years old, and yet I feel much older.  This summer, my parents let me have a facebook account and I just completely lost my innocence.   Life was so simple before – With my iphone 3GS  I used to spend long hours texting my friends about the latest episodes of Prison Break or download movies onto my IPAD, or better yet play online games with kids around the world, killing hundreds of bad guys with deadly explosive weapons in 3d.

But this summer my happy innocence came to an end when my Dad sent me a friend request and I accepted.    And so just as I was uploading vacation pictures of myself bodysurfing, I got the request.  My Dad was inviting me to join a facebook group on helping child beggars in India.   I ignored the requests for several days, after all I was very busy – I had just upgraded my cell phone to the new iphone 4 and I had apps I needed to download, but finally, I joined.

I read my first post because the picture intrigued me – it was of a small, really skinny child, with an amputated leg.  I thought the child was doing the posting, but it was a post by a teacher travelling in Mumbai, India, telling about the group of beggar children that sleep on the streets behind her hotel and constantly follow tourists with their pleas for money.
She was talking about how she had been there for five days and each day had resisted giving any money to them, despite the helpless little children following her everywhere, 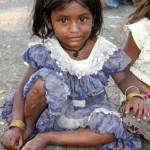 despite seeing their mutilated bodies and the hunger in their eyes, despite seeing them curled tight into little balls, hugging the alley walls at night as flys and mosquitoes feasted on their scrawny frames.

You see she knew that the children never got to keep any of the money, that the children were owned by organised gangs who had first either bought or stolen the children while very young, then mutilated them to make them appear even more pathetic and now preyed on their earnings from begging.  Giving the beggars money did not help them at all. Everyday, just to keep her sanity, she was posting a new picture every hour of a new child beggar on the group wall for the duration of her 2 week vacation.  Well, I was instantly trapped – I read all her posts from the start of her vacation – I stared into the eyes of each haunting picture, and my heart sank so low, at the magnitude of it all.

Another post linked to a video of children not barely 12 years old working in a sweat shop embroidering clothes with their tiny nimble fingers, pulling needle and thread in and out of the silk material bound for happier, luckier people to dress themselves.
And yet another post brought before my eyes the gruesome fate of starving children, just skin and bones, dying daily of starvation in the Horn of Africa.  Just one post from one facebook friend led me to countless others, interconnecting me to people around the world – people with information to share about the world we live and the plight of the billions who will never be as lucky as I am, here in Canada.

Now there was no going back to my happy innocence  – to that state of blissful ignorance when I knew nothing of starving millions.  Once informed, it haunts you and you can not become un-informed, no matter how much you may want to.
So I have come to question everything –  how can millions be starving to death while we waste  so much food and spend billions of dollars on useless trivial material nick nacks that we later just throw out .

I have realized that social media is a powerful tool that in some countries has helped revolutions to happen.  As the children of the information age where the tiniest detail of suffering anywhere is  just a mouse click away, we do not have the luxury of pleading ignorance or innocence. We should not just sit back and use this technology for trivial fun, like I used to but instead become active.

American author, James Baldwin, said it perfectly.
People who shut their eyes to reality simply invite their own destruction, and anyone who insists on remaining in a state of innocence long after that innocence is dead turns himself into a monster.