The Pope just hit ten million followers on social media. Who would have imagined a decade ago that the Vatican would even participate in social media yet alone celebrate what is an enormous following? Such a news tidbit only demonstrates the rapidly growing social media trend and the power that the internet can wield to connect people. In forming those connections, Twitter is one application that stands alone.

Twitter really is a unique little beast. Between the simplicity of 140 characters, the complexity of #hashtags, and @replies with shortened URL’s often embedded within, one must experience Twitter in its fullest in order to really “get” what it’s all about.  Hashtags, originated in the world of Internet Relay Chat and moved to Twitter only a few years ago. They really have become a staple for organizing thoughts, channels and now are emerging as their own unique brand of internet culture. But as the twitterverse revolutionizes and transforms communication and social networks, it is also clear that there is little law and order in the #WildWildWest. What does it mean to be part of this community? What are our responsibilities and etiquette or if we want straight and open exchange of opinions, do we just buckle our seatbelts and take what comes?

I have seen amazing things on Twitter. Expanding networks of teachers, community leaders, world leaders all exchanging ideas, thoughts and information. I have seen students in the classroom connecting with celebrities in ways that were previously unimaginable. The ability to reach out, select who you follow, to customize your communication network seems remarkable and rich. Yet at the same time, too often I do not see a healthy debate of ideas and exchanges of diverse points of view, too often what I see are open flames and arrows pointed very specifically at people and ideas. What does it mean to be a participant in a hashtag and what responsibility are we 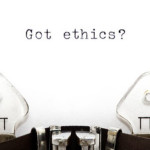 willing to take to ensure that Twitter is safe and rich for all?

When someone participates in an organized online chat or conference, the sessions are moderated. Comments are held in check and it’s clear that someone is helping guide the conversation. But in Twitter hashtag streams almost anything goes.  Hashtags start in an instant with any tweet and their size and impact are only determined by who will join and comment. There is no moderator. The tone is up to the collective.

Just what is our collective responsibility? We are all adults (well most of the people I see online are). Just by being online I would think that we value the healthy exchange of ideas, we are open to having our ideas challenged, our minds stretched, but I don’t think any of us signed up for what might range from mild sarcasm to outright personal attacks. When I look at several of the hashtags I follow and watch, sometimes I see things that just aren’t right and I wonder who will step in to say something? When I have seen comments that I think are out of line, I have not stepped in and I wonder what’s stopped me? I’m no different from anyone else and my responsibility I would argue is the same as the tweeter next to me in the queue, so why not say something?

I want so say that we shouldn’t mistake all critique for flames and arrows. It is an important distinction between the two. An open and reflective critique flows from people’s lived experiences. Such lived experiences often come laddened with emotion.  I believe we welcome critical and reflective dialogue and that is a strength of twitter however, it can be a fine line between critique, insult, and attack. This fine line can be tricky to determine when we are trying to communicate in 140 characters.

The other thing we cannot control is that some people either may view it as their role, or, in fact, be hired to surf social media and spread a specific point of view or challenge those not in line. As I watch the growing field of social media analytics and that work, we can expect more and more the monitoring of our services and the emergence of those whose actual job it is to be online and to constantly promote a specific point of view. For example, during election times, I think it would be the unwise organization that didn’t have dedicated social media strategists with a well organized campaign to spread the word and challenge particular viewpoints. This is going to be a growing reality and we all know that tweets know no hierarchy and there are no reference checks at the door.

I don’t want to paint a bad picture. Overall I see amazing things. I am just saying that from time to time the culture can go down the tubes and when it does, what exactly do we do about it? I have seen people from all walks caught in the crossfire. Who “owns” responsibility for a hashtag and its culture? I would argue that it is up to all of us. 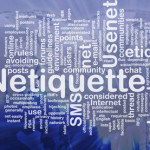 Perhaps the best way to sum up my thoughts are that from time to time, something terrible happens in public in our cities and people just walk by. When these stories hit the news, readers are often shocked and ask “how could that happen? You mean that people just didn’t do anything?” Twitter makes it oh so easy for us to just walk by. No one even knows you’re actually there. Our silence could be taken as affirmation. No one is immune from being on the receiving end. Whether you are high profile or a relative unknown at some point you could find yourself on the receiving end. In 140 characters, original comments can be taken out of context and harsh comments can cut to the quick.

Culture is the responsibility of us all. In our district, we hold an annual session on improving school cultures. It’s called “Continuing the Conversation” and is a joint initiative between the Surrey Teachers’ Association, the Surrey Principals’ and Vice-Principals’ Association and the Surrey School District. I remember last year we gave a definition of organizational culture and one segment suggested that culture was summed up by “it’s the way things are done around here.” Perhaps when the next negative vent comes on your hashtag, you’ll consider adding “that just isn’t the way we do things around here.” Maybe others will join in and what might be negative can turn toward a healthier and open exchange of ideas without the prerequisite bashing. These respectful debates and their associated emotions we welcome.

After all #culturebelongstousall – even to the Pope and his ten million strong.